Your shopping cart is empty!

LITTLE HOUSE IN THE HOLLYWOOD HILLS: A BAD GIRL'S GUIDE TO BECOMING MISS BEADLE, MARY X, AND ME (SOFTCOVER EDITION) by Charlotte Stewart and Andy Demsky

"An inspiring story of survival -- through recovery from alcoholism, breast cancer, and the death of her beloved husband to how she rediscovered life, love, and the thrill of meeting her legions of prairie fans.Moving, yet hilarious, with a healthy dose of celebrity name dropping -- and enough sex to burn down the prairie!" -- Alison Arngrim, who starred alongside Charlotte in Little House on the Prairie, playing Nellie Oleson

"I never knew Miss Beadle knew so much about sex, drugs, and rock-n-roll." -- Neil Young, who directed Charlotte in the classic film Human Highway

"Her personal life is a movingly told story of survival. She candidly wrestles with who she was—beloved schoolteacher Miss Beadle on TV while in real life dealing with alcoholism, sex, drugs, rock ‘n’ roll, breast cancer and the death of one of her husbands. How she survived her own mental and moral lapses, stupidity and mistakes makes her bio absolutely one of the most honest, compelling, well written bios I’ve ever read."
- Western Clippings

Interview with Charlotte Stewart on the Red Room Podcast 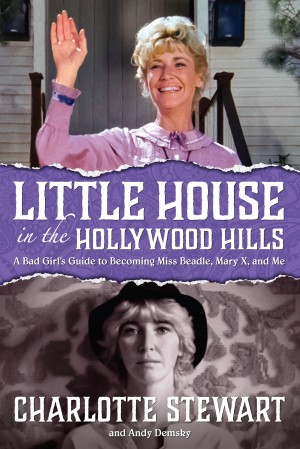 Little House in the Hollywood Hills: A...